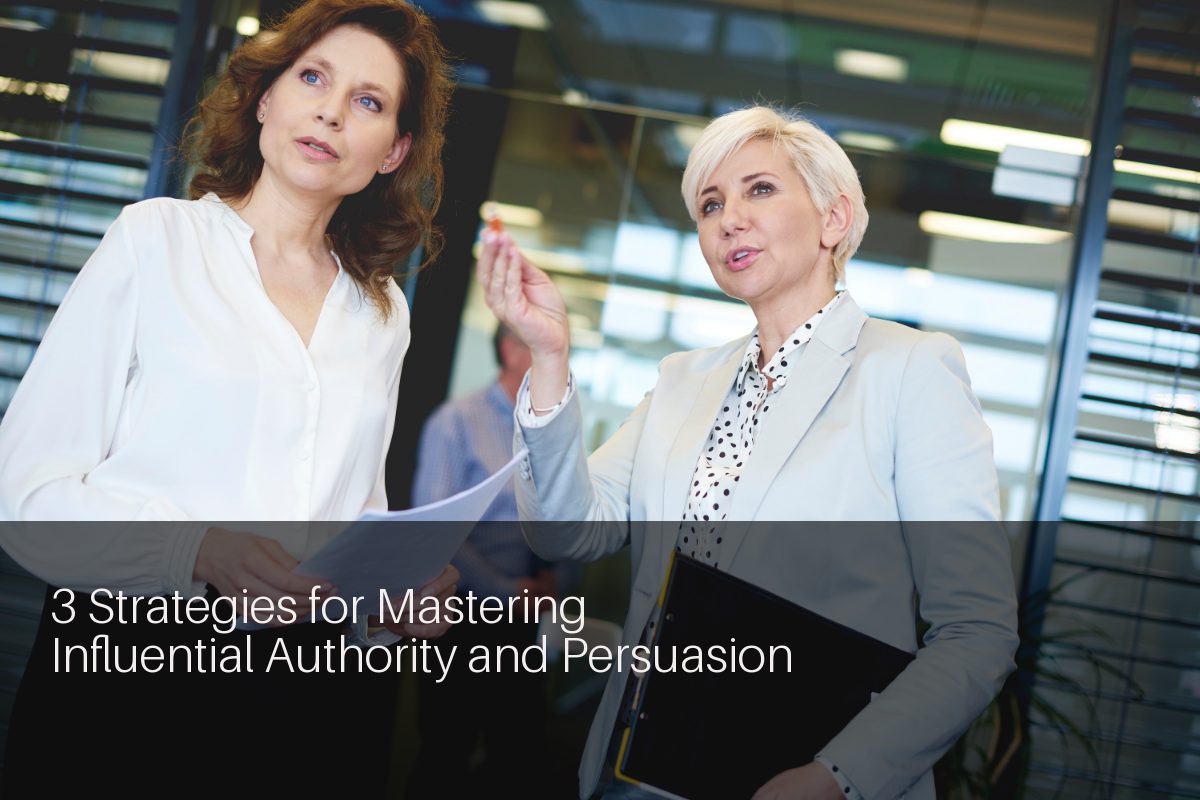 Great leaders get things done, but they don’t do it themselves. They develop and master influential authority and persuasion. Here’s how.

As the author of Lead 4 Success, George Hallenbeck says, “Without the capacity to influence others, your ability to make what you envision a reality remains elusive because, after all, no one can do it alone…”

In this article I’ll show you how the patterns of communication, human behaviour and body language can help you develop and master influential authority and persuasion. There are three considerations which form the core of influential communication and they are backed by scientific research.

While you may know something about the different styles of communication, you might not have thought too much about communication patterns. These patterns show how communication flows between people. Understanding that flow gives you the chance to tap into it and get your message heard.

Often the real patterns of communication go unseen because we look at organisational communication through the lens of hierarchy. That means we can’t tap into the real conversation.

For example, at a meeting, you would usually see the leader as the decision maker, and if you want to get something through, you’d spend your energies communicating with him or her. Yet if you mapped the patterns going on behind the scenes, you might find there’s someone else you should have targeted – an influencer who has an open line with the other attendees. That’s the person you need to know about and get on side.

Watch the way the people around you communicate. Who talks to whom and how often? Look for the informal chats happening and map them. You’ll soon find the communication system operates around you and that’s how you’ll identify the channel to use to spread your influence.

Social scientist, Robert Cialdini, wrote a book titled “Influence: The Psychology of Persuasion” where he talked about our natural tendency towards fixed action patterns. We have predictable reactions to certain triggers. They are precise things we do without even thinking about it. If you can identify people’s fixed action patterns, you can use them to become more persuasive.

Marketers are experts at using fixed action patterns to elicit a desired response. For example, they often use scarcity as a trigger.  “Only 3 available at this price!”  Your brain’s response is to spark you into action.

In the workplace, people develop very specific fixed action patterns. We know what works well for us and it saves time and minimises the effort of decision making.

One of the best examples Cialdini gave was of a researcher asking to cut in line to make copies. The researcher was more successful when she gave a reason for her request, even if it was something as simple as “because I have to make copies.” People were more inclined to comply when they new there was a reason for the request, even if it wasn’t a good one.

Cialdini also talked about the use of contrast. When two options are offered in sequence, people tend to see the differences between them as bigger than they really are. If you want to increase the chances of your proposal being accepted, present a more expensive or difficult one first. Your proposal will seem much more reasonable.

And if you know your boss needs to finish a coffee before tackling work, there’s no point in trying to achieve anything until that coffee is gone.

Think about the fixed action patterns of the people you need to connect with and use them to build your influence.

Socially, there are certain actions we take in response to a trigger. For example, when someone holds out their hand we automatically reach out to shake it. Or when someone smiles at us, we smile in return. Then there is the power pose which makes us seem strong and more authoritative. Just imagine the response you’d get it you combined all three triggers at once. You’d establish a connection, create rapport and be regarded as someone who knows what they’re talking about.

But you need more than that; you need to be trusted if you want to influence others. The smile and the handshake are a great start, but a great technique is to match the speed of the other person’s movements. It’s soothing and will help them feel you’re on the same wavelength.

Another technique is to nod while you’re listening to signal agreement. Then, as you present your position, keep nodding and watch the person start to nod, too. Once they nod their heads, their brain will start to trigger a yes to your suggestion.

Use body language to influence people to your way of thinking. Show power and confidence but be sure to build trust through movements which build rapport instead of dominating.

These three techniques will help you establish and build your influence and authority and take another step towards becoming a great leader.

If you’d like to learn more about the art of masterful leadership be sure to keep up with our regular news articles at Empowering Ambitious Women via our online members hub.