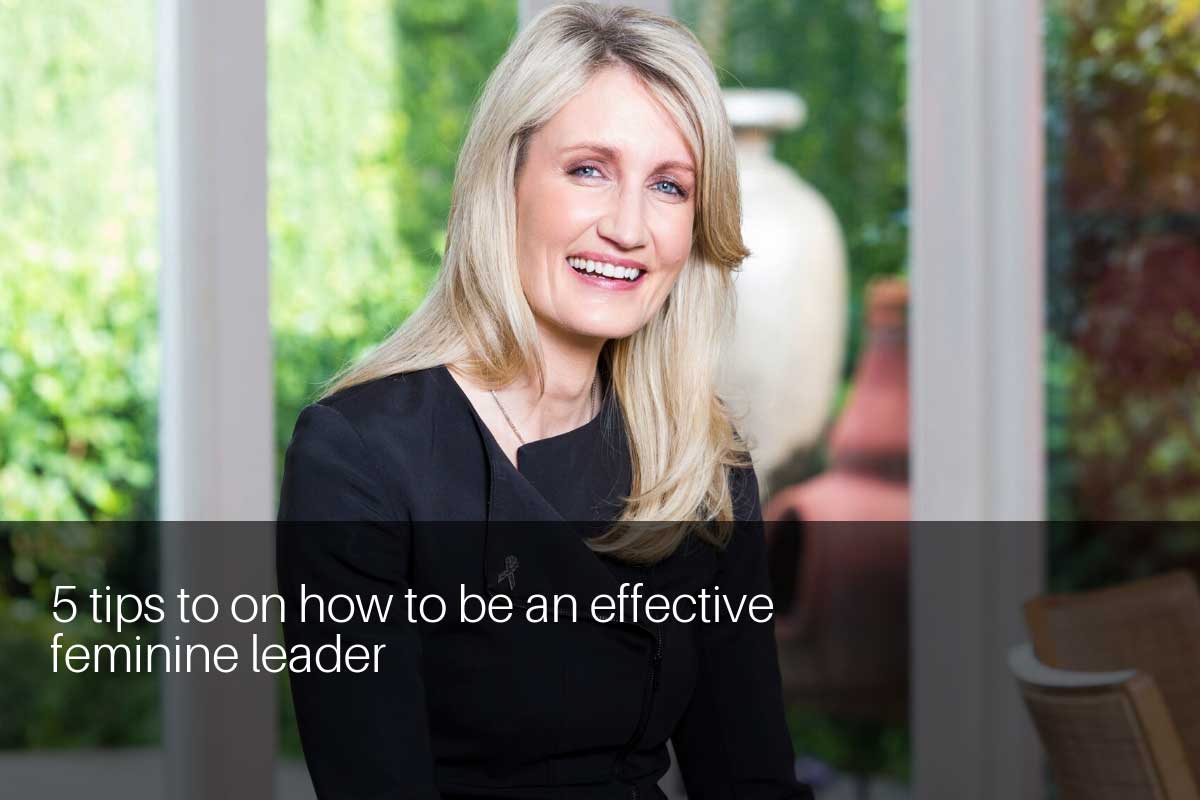 There is much evidence to suggest that having women in senior leadership roles actually equates to a better performing bottom line which highlights that being a woman and utilising inherently feminine traits to lead our teams is an effective and profitable leadership strategy.

When I stepped into my current role as Chief Operating Officer with Stockdale & Leggo, I was relatively new to the real estate industry. I had established my own consulting and training business with success but I hadn’t had any industry experience per say.

As a result, my arrival wasn’t welcomed by a small franchisee contingent who were doubtful of my abilities as a leader as a woman and someone who hadn’t had significant industry experience. Initially, I responded by trying to adjust my leadership and communication style to match theirs, which resulted in me attempting to take on a more ‘masculine’ persona when interacting with them in.

Since then, however, I’ve learned that my natural leadership style is much more effective because it is a part of who I am and being who you are is always going to be more impactful than a facade and funnily enough, this approach has been far more impactful on my business’ bottom line.

It’s not just my personal opinion which supports the edict of women moving into leadership roles. There is much evidence to suggest that women in senior roles positively influence a company’s profitability. McKinsey’s “Women Matter” research has found that companies with a higher participation of women in management roles achieved a return of almost 50% in 2010 in comparison with comparative companies which achieved half the return at 25%.

In addition to the McKinsey report, the “Women on Boards” study performed by MSCI found that “companies with strong female leadership generated a return on equity of 10.1% per year versus 7.4% for those without[1].”

I’ve learned many lessons throughout my own leadership journey and there are 5 key tips I’d like to share to help other women avoid the same pitfalls I experienced.

Emotion is not a dirty word

I head an organisation in an industry where often a woman who is ‘getting emotional’ is discounted and denied a ‘seat at the table’. Instead of gritting my teeth and refusing to become emotional, I have instead chosen to communicate with my franchisees that I’m getting emotional because I care. Once people understand how much you care, their perception changes. When another person sees how vulnerable you are willing to be in order to communicate your vision, they too are more likely to lower their own defences and join forces with you to achieve the end goal.

I believe deeply in thanking and acknowledging people. Success is almost always a team effort and a gesture which is so simple yet so effective is often overlooked – the humble ‘thank you’. I have bought team members bunches of flowers, books, bottles of wine and vouchers to day spas to thank them for their hard work.

As a leader, I don’t believe you always have to be the one to solve the problem. You’ve hired people for their capability and expertise so why not utilise them? If my employees approach me with a problem, I ask them to go away to find the solution, armed with the knowledge that I have full confidence in their capability. Empowerment is such a powerful leadership tool and often employees, when imparted with your belief in them, will surprise you with their ingenuity.

Go the Extra Mile for Employees

Leadership is a two way exchange of energy. While some might believe their employees work for them, I also believe that I work for my employees. As such, I believe that as a leader, we are in a privileged position which enables us to support our employees as much as they do us. Identify the high achievers, match them with mentors, speak to them about their career goals and provide resources to help them achieve them. Go above and beyond for them and you will be well rewarded with loyalty and an excellent retention rate.

Be Truthful and Transparent

I believe in always telling the truth, regardless of whether the news is positive or negative. It demonstrates you respect them because you are willing to be transparent with them. I am always honest with my franchisees, even if I am delivering news which is not to their liking. I have found, people then respond in kind and are always honest with you, which as a leader, is key to making the right decisions.

It seems clear to me that women are fully equipped to be effective leaders, regardless of industry. In fact, it seems, if the many and varied studies are to be believed, being a woman provides a distinct advantage when it comes to being impactful leaders and that it’s their feminine traits which lends them their edge. Regardless, whatever women are doing, they’re doing something right and it makes good commercial sense to capitalise on this rather than fight against it.

Anna Thomas is the Chief Operating Officer of major Australian real estate network, Stockdale & Leggo. She was recognised as a Telstra Business Women’s Awards Finalist in the Corporate and Private Award in 2016, a 2017 Finalist in the Real Estate Business Awards ‘Industry Thought Leader of the Year’ Award and a Bronze Stevie winner in the Woman of the Year category in the 2017 International Business Awards. She is also the Founder and Brand Ambassador of the ‘Empowered Women in Real Estate’ initiative, a community empowering women to believe in themselves and step forward into leadership roles.