If Iceland Can Make It Illegal to Pay Women Less, So Can We

Home » If Iceland Can Make It Illegal to Pay Women Less, So Can We 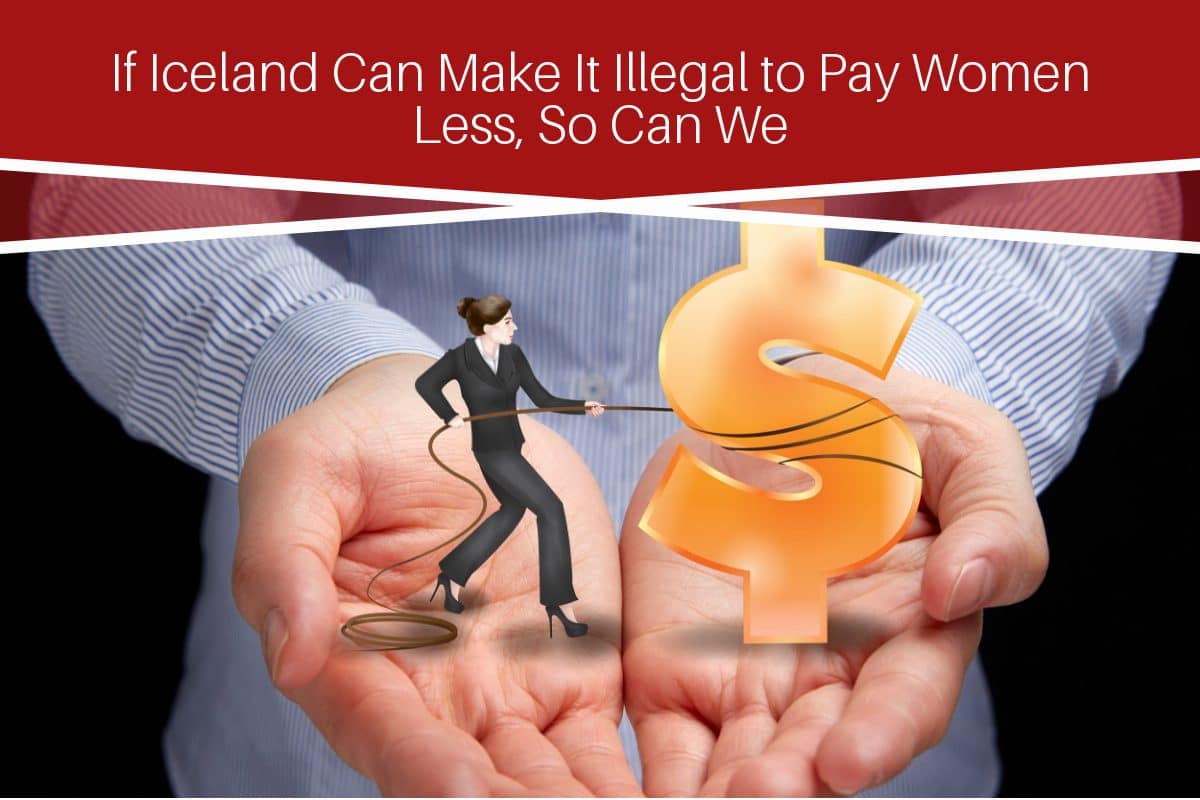 If Iceland Can Make It Illegal to Pay Women Less, So Can We

If Iceland can do it, then what is taking Australia so long to close the gender pay gap?

Did you know that the World Economic Forum has ranked Iceland first for gender equality nine years in a row? Here’s one of the reasons why.

At the start of 2018, Iceland introduced a new law making it illegal to pay women less than men. The legislation applies to employers with 25 or more staff and means businesses to have equal pay certification by the end of 2021. The certification must be renewed every three years.

Technically, Iceland has had equal pay in place since the 1960s but, according to the Guardian, Icelandic women were still earning “on average, between 14% and 20% less than men.” It seems that having a law around gender pay equity is great, but you don’t have to follow it until you’re made to do so. That’s what this legislation is all about. It’s a law that will be monitored and businesses fined if they haven’t complied.

While I think it’s sad there’s a need for legislation to make us do the right thing, perhaps it’s what we need to do here in Australia. If Iceland can make it illegal to pay women less, so can we.

It’s debateable that changes in law lead to changes in attitude. It’s more likely to be the other way around with the laws being changed or implemented in response to societal and cultural changes. But research by Deidre Curran of Ireland’s National University of Business and Economics, shows that regulation can influence change in organisations.

I believe most Australians agree that people should be paid equally for their work regardless of gender, yet Australia ranks 35th on the World Economic Forum report. It’s estimated it will still take 217 years before we achieve gender parity across the board.

So, if changing the law leads to change in organisations, perhaps it’s time Australia pushed for gender pay equality. If public opinion isn’t making organisational change happen fast enough – and who wants to wait 217 years? – we need to put legislation in place to do it for us.

We also need a system similar to Iceland’s certification to encourage businesses to make the changes. Certification is a tool we can use to make sure businesses have instituted proper and equitable pay rates.

If Iceland can make gender pay equity happen, so can Australia

I’d prefer Australian businesses voluntarily made the change and did it in a reasonable time. I don’t think that’s going to happen. I understand there needs to be time for businesses to rework their finances, pay rates and possibly even job structures, but we need to make a start.

The first thing a business owner should do is a salary audit to get a clear picture of what’s really happening in the business. It’s not just rates of pay to look for; it’s checking for equal access to flexible working hours, overtime or shift work, and training, too. They all have a direct impact on earning equity. The Fair Work Ombudsman has a downloadable guide to gender pay equity that will help businesses make a start.

You know, we’ll look back after a few years and wonder why it took so long to accept the concept of equal pay for women. It’s something that seems to be so natural, future generations will wonder at the need for it to become legislation before it took effect.

To see other recent articles and podcast interviews from our inspiring contributors and mentors at Empowering Ambitious Women, including more on the gender pay gap, click here.