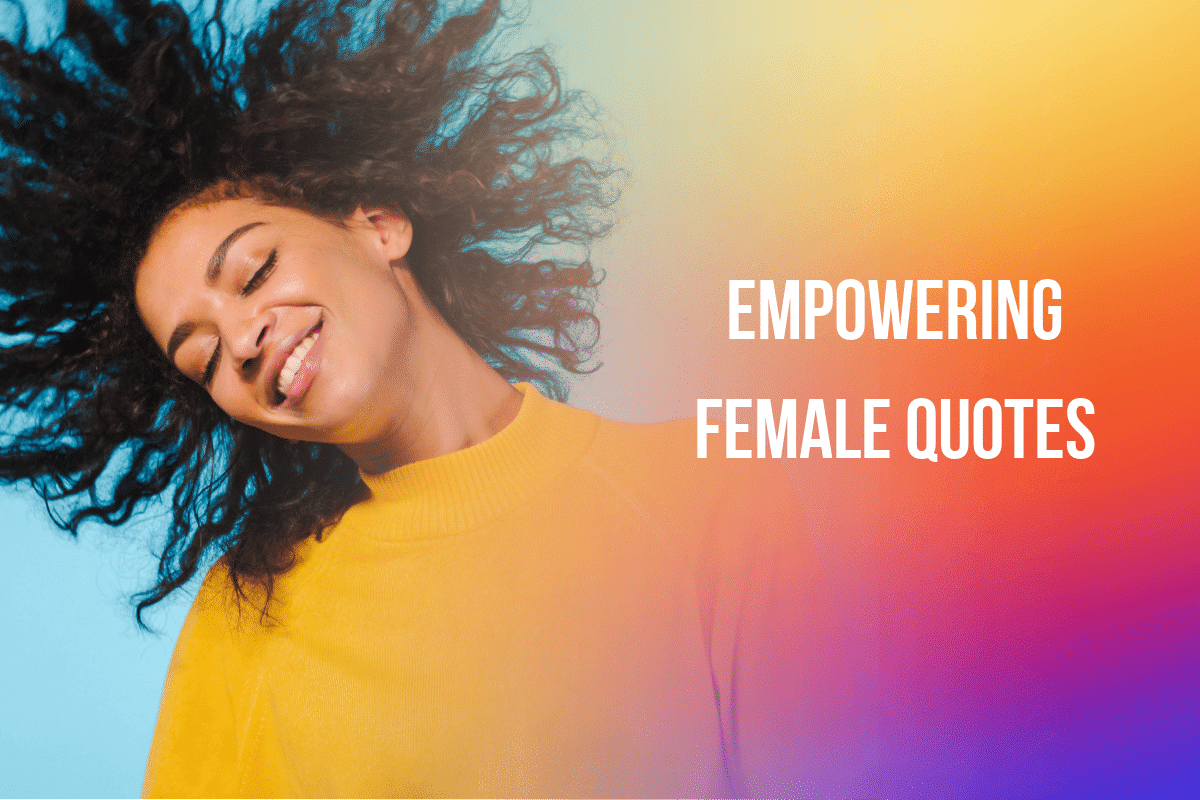 When it comes to motivation to succeed – both personally and professionally – sometimes all you need is some #inspo from amazing female leaders to pick you up, shake you up and keep you focused on your goal. So here are our favourite empowering female quotes, to let you up.

Here, EAW shares its favourite 10 empowering female quotes from female leaders in a variety of fields, many of whom have overcome extraordinary odds to inspire others to challenge the status quo and make their dreams reality.

Multi-talented, brave and progressive, Angelou was a leading advocate for civil rights in the US before her death in 2014. Best known for making literary history by being the first African-American female to achieve best-seller status with her autobiography, I Know Why The Caged Bird Sings, Angelou has inspired a generation of women of all ages, race and backgrounds to never give up fighting for what you believe.

“If you are always trying to be normal you will never know how amazing you can be.”

A woman who needs no introduction, Queen Bey is at the forefront of today’s popular culture; she doesn’t just set trends, she defines them for millions of women (and men) around the world.

“I don’t like to gamble, but if there’s one thing I’m willing to bet on, it’s myself.”

Actress and activist, Watson has grown up on screen playing one of literatures most inspirational girls: Hermione Granger. She has gone on to become a force to be reckoned with in the fight for gender equality, becoming a UN Women Goodwill Ambassador in 2014, and establishing the HeForShe movement to encourage men to ‘take a stand in solidarity for women to create a bold, visible and united force for gender equality.’

“It’s not the absence of fear, it’s overcoming it. Sometimes you’ve got to blast through and have faith.”

Swedish teenager, Thunberg may be the youngest person on this list, but she is without doubt one of the most talked about women this year. Her fight for action on the war on climate change has seen her deliver speeches to the UN, UK parliament and EU leaders at just 16 years old. She has inspired thousands of schoolchildren through her ‘Youth Strike for Climate’ movement, in protest to the lack of commitment to tackle this issue from our political leaders. Earlier this year she was nominated for the Nobel peace prize.

“Some people can let things go. I can’t.”

Yousafzai is a passionate activist for female education. Her beliefs led her to be shot in the head by a Taliban gunman in 2012, but she defied the odds, survived and went on to become a best-selling author and the youngest person to ever be awarded the Nobel peace prize.

Newly appointed chair of the ABC, journalist and author, Buttrose is an iconic Aussie leader, winning the Australian of The Year award in 2013 for her work in raising awareness of ignored societal issues.

“Only a loser finds it impossible to accept a temporary setback. A winner asks why.”

Lawyer and former First Lady, Clinton has held top senior political roles for over 30 years. Her supporters love her for her determination, confidence and intelligence, as well as her graciousness in the acceptance of her 2016 presidential campaign defeat.

“Always aim high, work hard, and care deeply about what you believe in. And, when you stumble, keep faith. And, when you’re knocked down, get right back up and never listen to anyone who says you can’t or shouldn’t go on.”

The first female to serve on the board of Facebook after being elected in 2012, Sandberg is currently the social network giant’s Chief Operating Officer. She also founded Lean In, a not-for-profit dedicated to helping women achieve their ambitions.

“Finding gratitude and appreciation is key to resilience. People who take the time to list things they are grateful for are happier and healthier.”

At just 24 years old, Pitt’s life was turned upside down when she suffered 65% burns to her body caused by an out of control grass fire during an ultramarathon. Despite the odds being stacked against her, she survived, thrived and is now a motivational speaker and author.

“I’m living proof that, with the right mindset, we truly can achieve anything.”

The New Zealand Prime Minister is the second world-leader to give birth while in office, and the youngest woman to serve in power in NZ.  Her recent handling of the Christchurch Mosque tragedy propelled her profile on the global political stage as an empathetic, thoughtful and respectful leader of a resilient nation.

“You can’t ask other people to believe you and vote for you if you don’t back yourself.”

Each one of these inspirational females is a powerhouse force to be reckoned with. They take risks, buck the trends, and are persistent and resilient. But most importantly, they define their own success and do not let anyone get in their way.

As the famous meme says: “You have the same number of hours in a day as Beyoncé”, so how will you spend yours?

Emma has over 13 years’ experience in marketing & communications, both agency-side and in-house.

Having started her career in London and relocating to Sydney in 2012, Emma has a wealth of local and international experience across FMCG, beauty, retail and entertainment sectors. She has worked with major companies including Disney, 20th Century Fox, Warner Bros, Google, BBC, Fremantle Media and Procter & Gamble on a number of award-winning campaigns.

She has developed, contributed to and led the strategy and execution for some of the world’s biggest brands and businesses including ALDI, Robbie Williams, The X Factor UK, The Apprentice UK, OPI, Wella, Olay, Pantene, High School Musical, Triumph and Global Gathering and Lovebox music festivals.

She is a passionate advocate for positive culture and environmental consciousness in the workplace, as well as animal rights. She has held volunteer positions at Taronga Conservation Society and Sydney Dogs & Cats Home.