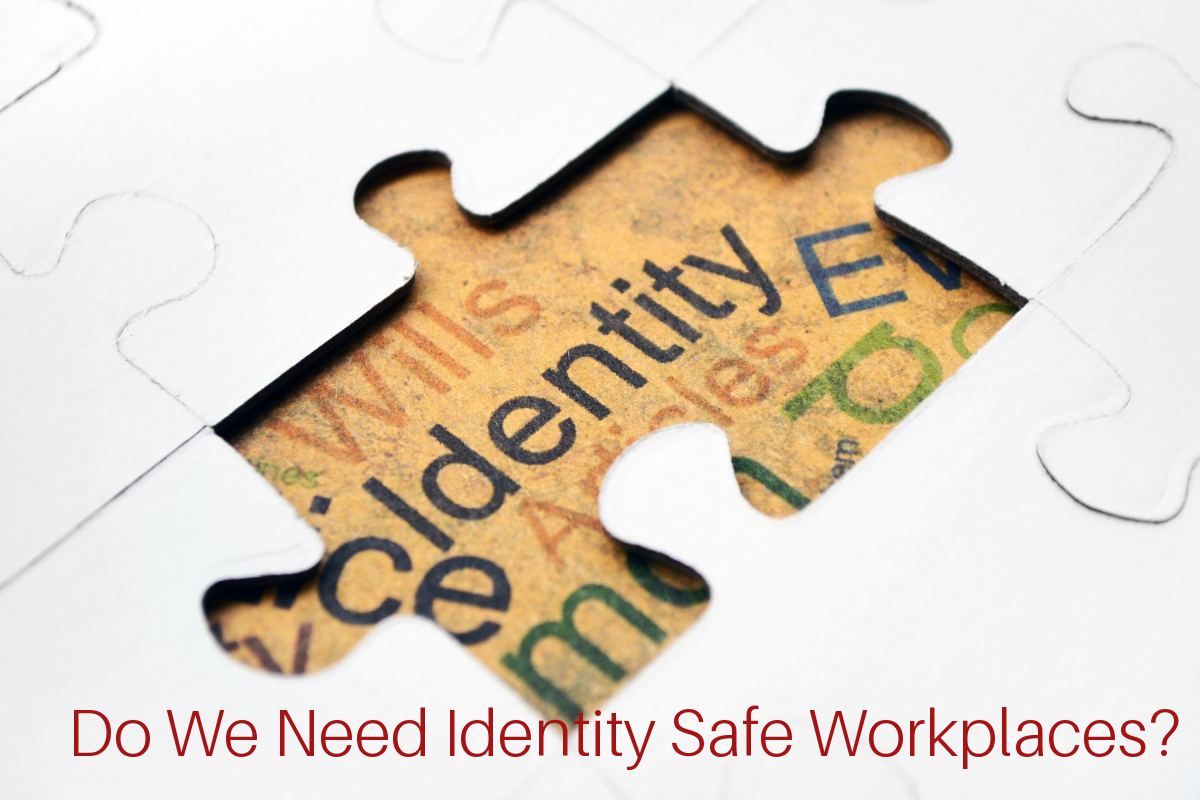 When you hear the term “identity safety” you might think of something along the lines of protecting your personal details from identity theft. It’s not quite the same, although both involve a threat to personal identity. Let’s take a closer look at the threat first.

In this article we’re going to use gender as an example of stereotyping although it can be applied to age, race, physical ability and more.

We know women are promoted at a lower rate than men, with a McKinsey and Co. report stating “The biggest gender gap is at the first step up to manager: entry-level women are 18 percent less likely to be promoted than their male peers.” The Workplace Gender Equality Agency has found “In organisational leadership roles: 82.7% of CEOs of non-public sector organisations are men.”

It’s not through lack of ability that women are being held back. In most cases, it’s due to unconscious gender bias and judgements based on an acceptance of the stereotype of the working woman. This stereotyping is a threat to women’s career potential and her ability to lead without being undermined.

The impact of stereotype threat

Many studies have found stereotype threat negatively impacts on performance. Here’s an example of how it has such a negative effect.

A female leader applies for a promotion to executive level which is dominated by men. The culture of the organisation says men lead and women are their assistants, because women don’t have the decision-making abilities of males. Being viewed as a stereotypical woman triggers stress and anxiety in the female. She becomes very conscious of her behaviour, worrying she’ll inadvertently do something to confirm that negative stereotype. The stress combined with the constant monitoring of her actions and behaviour leads to limitations on her working memory which shows in reduced performance.

When careers are bound by someone’s stereotypical view, it’s limiting and ultimately leads to the loss of talented people.

Identity safety means breaking down the stereotypes and negative mindsets in the workplace. It’s an approach which focuses on the positives of diversity rather than the consequences of stereotyping. Identity safe workplaces are those which have removed the bias from their culture and processes. When roles are no longer seen as restricted to a certain age, gender or race, the organisation benefits because it has access to a pool of talent which would otherwise have been overlooked.

How can you create identity safe workplaces?

This may be a long and challenging process for some organisations, but the results are worth the effort.

The first step is to audit your organisation to pick up on practices which restrict sections of your workforce. Look for everything from the language and images used through to the aspects of each role which disadvantage people without a male style of leadership or performance. Change them.

Help your people recognise and remove the unconscious bias and stereotyped views embedded inside themselves which affect their working relationships and expectations.

Give your people more exposure to successful female leaders by having women lead projects as they arise.

Introduce role models which challenge stereotypes. Challenge the thinking, break the stereotype and encourage women to step up.

Each of these actions will help reduce the stereotype threat women feel and help build an identity safe workplace. Create a culture of inclusivity to build a strong workplace where everyone feels included and valued. There’s a huge payoff in that.

The question I asked at the beginning was “do we really need to identity safe workplaces?” My answer is yes. What’s yours?