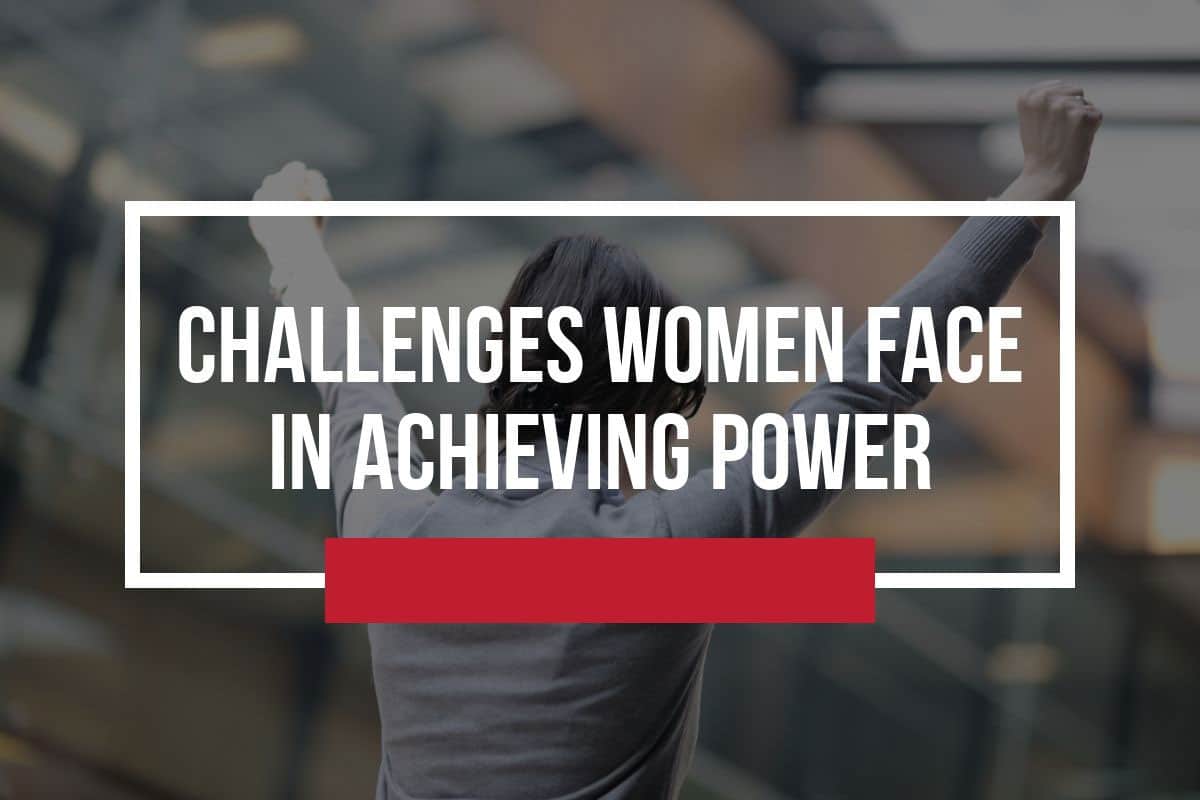 The challenges women face achieving power and how to resolve them.

The workplace is a different environment for men and women. We face challenges they will never encounter and may not even be aware of. Challenges like:

Disrespect is ‘normal’. When you have high profile leaders like Donald Trump making rude or patronising comments about women, others follow on. Often people (men and other women) assume the women in the room is a junior or assistant, even when she’s the leader.

Lack of female representation. Just a couple of months ago we saw the Liberal party under fire for their apparent exclusion of women from power. A close look at the parties shows that women aren’t well represented in any of them. Greens Senator Larissa Waters says, “it is “no wonder” sections of the community practice disrespectful behaviour to females, arguing such behaviour is “being tolerated” within parliament itself.”

Women are financially disadvantaged. Women are often paid less than men, yet they pay the same price for their education. How will they repay that huge HELP debt when they are paid less and sometimes lose even more income as they manage most of the family duties?

It certainly looks like the odds are stacked against us when it comes to achieving any sort of power.

Why only women can overcome these challenges.

The thing is, we can’t sit and wait for someone to do something about it. We’ve got to overcome the challenges for ourselves, and honestly, we women are the only ones who can do it.

I believe we need to start right at ground level and change our mindset around power and leadership.

These are just a few examples of how we might be holding ourselves back and until we change our mindset, we won’t be strong enough to reach power or handle it well when we get it.

We won’t achieve gender equality if we behave as though we’re less worthy. Avenues to power won’t open for us unless we knock on the door.

We have brains, talents and opinions. If we don’t start sharing our ideas and questioning the status quo, how will the change begin? It’s OK to question things. We’re working towards the same goals as our male peers, not fighting against them.

How will this make a difference?

When we start to believe in ourselves, anything is possible. It takes just one person to point out an inequality for it to be noticed. Imagine what might happen if women worked together and supported each other to point out the challenges and eliminate them. That’s why it’s so important for women to build solid networks inside and outside the workplace.

How do we start the change?

Start the change right now, wherever you are. You’re not just doing it for yourself but for the generations following along behind us. We can all take action today that help us overcome the challenges women face achieving power

If you’re ready for change, I’d love to hear from you. Come join the revolution of female empowerment, come join the ambitious female revolution, today.